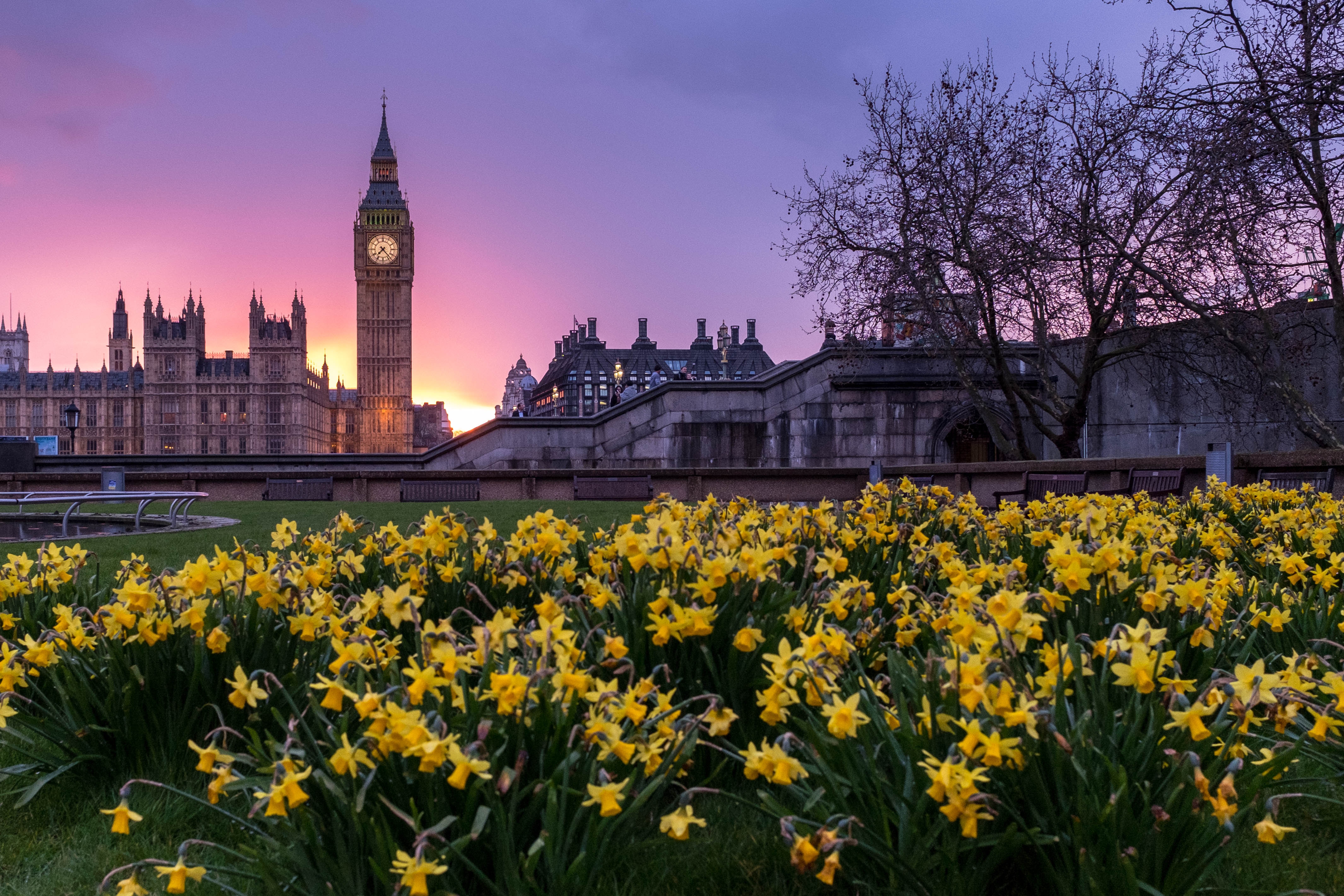 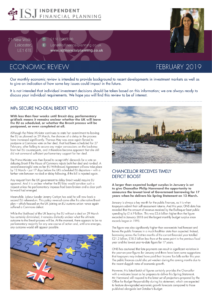 With less than four weeks until Brexit day, parliamentary gridlock means it remains unclear whether the UK will leave the EU as scheduled, or whether the Brexit process will be postponed, or even completed at all.

Although the Prime Minister continues to state her commitment to leaving the EU as planned on 29 March, the chances of a delay in the process have increased significantly. Theresa May was once again forced to postpone a Commons vote on her deal, that had been scheduled for 27 February, after failing to secure any major concessions on the backstop from her EU counterparts, and it therefore became apparent that she still did not command sufficient parliamentary support for her deal.

The Prime Minister was then forced to accept MPs’ demands for a vote on delaying Brexit if the House of Commons rejects both her deal and no-deal. A second meaningful vote on her EU Withdrawal Agreement will now take place by 12 March – just 17 days before the UK’s scheduled EU departure – with a further vote between no-deal or delay following, if the bill is rejected again.

Any request from the UK government to delay Brexit would require EU approval. And it is unclear whether the EU bloc would sanction such a request unless the parliamentary impasse had been broken and a clear path forward had emerged.

Meanwhile, Labour Leader Jeremy Corbyn has said he will now back a second EU referendum. This policy reversal came after his alternative Brexit plan – which focused on the UK joining an EU customs union –once again suffered a Commons defeat.

While the likelihood of the UK leaving the EU without a deal on 29 March has certainly diminished, it remains distinctly unclear what the ultimate outcome to the Brexit process will be. At the moment, there appears to be no parliamentary majority for any one course of action and, until one emerges, any outcome would still appear possible.

A larger than expected budget surplus in January is set to give Chancellor Philip Hammond the opportunity to announce the lowest level of Government borrowing for 17 years when he delivers his Spring Statement on 13 March.

January is always a key month for the public finances, as it is when taxpayers submit their self-assessment returns. And this year, ONS data has revealed that the amount of revenue received by the Exchequer beat public spending by £14.9 billion. This was £5.6 billion higher than the figure recorded in January 2018 and the largest monthly budget surplus since records began in 1993.

The figure was also significantly higher than economists had forecast and leaves the public finances in a much healthier state than expected. Indeed, borrowing across the first ten months of the current financial year totalled £21.2 billion, £18.5 billion less than at the same point in the previous fiscal year and the lowest year-to-date figure for 17 years.

ONS has cautioned that late payments can result in significant variation in the year-on-year figures for January and there have been some suggestions that taxpayers may indeed have paid their Income Tax bills earlier this year. The public finances could also yet weaken during the coming months due to the recent sluggish rates of economic growth.

However, this latest batch of figures certainly provides the Chancellor with a welcome boost as he prepares to deliver his Spring Statement. Mr Hammond will respond to the latest set of projections prepared by the Office for Budget Responsibility during his statement, which are expected to feature downgraded economic growth forecasts compared to those published alongside last October’s Budget.

Investor sentiment took a knock at the end of February as President Trump and North Korean leader Kim Jong Un failed to reach an agreement on denuclearisation of the Korean Peninsula, following two days of meetings in Hanoi. There are currently no plans in place for a third meeting. Although most global indices were weaker in trading following the disintegration of the Summit, they largely ended the month in positive territory.

On the last day of February, the FTSE 100 lost ground for a third consecutive day, as miners fell on weak Chinese data, revealing that factory activity shrank to a three-year low in the month. The domestically focused FTSE 250 fared better. Although both indices recorded a second monthly gain, they still underperformed their European peers as Brexit uncertainties weighted.

On Wall Street, the main indices fell slightly as support from better than expected Q4 2018 GDP data was countered by concerns about earnings and trade relations with China.

Gold closed February at $1,312.94 a troy ounce, a loss of 0.61% over the month. Brent crude gained in the month, to close February at $66.31 a barrel, up 6.75%. Oil prices rallied following an unexpected decline in US crude inventories and after Saudi Arabia appeared undaunted by pressure on OPEC to prevent steeper price rises. Oil producers, led by OPEC, will meet in Vienna in mid-April to review their supply cuts.

The latest official employment statistics show that the UK labour market remains in a robust state of health with the total number of people in work rising to another record high.

Data from the Labour Force Survey showed that the number of people in work increased by 167,000 during the three months to December 2018, taking the total employment figure to a new record level of 32.6 million. As a result, the overall employment rate (the proportion of 16 to 64-year-olds in work) rose to 75.8%, the joint-highest figure since comparable records began in 1971.

The data also showed that the total number of people unemployed was little changed at 1.36 million in the three months to December. This left the unemployment rate at 4.0%, its lowest level since 1975.

Commenting on the figures, ONS deputy head of labour market, Matt Hughes said: “The labour market remains robust, with the employment rate remaining at a record high. The unemployment rate has also fallen, and for women has dropped below 4% for the first time ever.”

This strong batch of employment statistics once again suggests that the UK labour market is continuing to defy any signs of a Brexit-related slowdown. However, demand in the labour market does typically lag significantly behind changes in output and economists are warning that signs of weakness are emerging.

Recent employment surveys, for example, have deteriorated markedly in January, suggesting that we may see some Brexit effect on the next set of employment data. Honda’s recent announcement that it will close its Swindon car plant in 2021 and Nissan’s decision to build the new X-Trail in Japan rather than Sunderland, have also raised longer term concerns about the employment outlook for big manufacturers.

The UK economy suffered a sharp contraction in December, which left the annual rate of growth at a six-year low amid continuing concerns over Brexit and a weakening global economy.

Official data released by the Office for National Statistics (ONS) shows that gross domestic product (GDP) rose by 0.2% in the fourth quarter of 2018; this compares with growth of 0.6% in the three months to September. This decline was largely due to a sharp contraction in economic activity at the end of the year, with the economy shrinking by 0.4% across the month of December.

The data also showed that growth for the whole of 2018 was 1.4%, down from 1.8% in 2017 and the lowest recorded annual growth rate since 2012. While the figures are only a first estimate of GDP and may therefore be revised up slightly as more accurate data becomes available, they clearly paint a downbeat picture of the current state of the UK economy.

A key factor behind this weakness is clearly ongoing Brexit-related uncertainties and the impact this is having on both business sentiment and consumer confidence. However, the slowdown also reflects the weaker state of the wider global economy, with growth rates around the world currently being hit by the US/China trade dispute.

There also appears to be little chance of an imminent strong rebound in the UK economy’s rate of growth. Indeed, the Bank of England recently released its latest set of economic forecasts which suggest that growth in 2019 will fall to 1.2%. This would be the lowest level of growth since 2009, a time when the UK economy was mired in recession.

This entry was posted on Wednesday, March 6th, 2019 at 1:13 pm by Lena Patel and is filed under Economic Review. You can follow any responses to this entry through the RSS 2.0 feed.