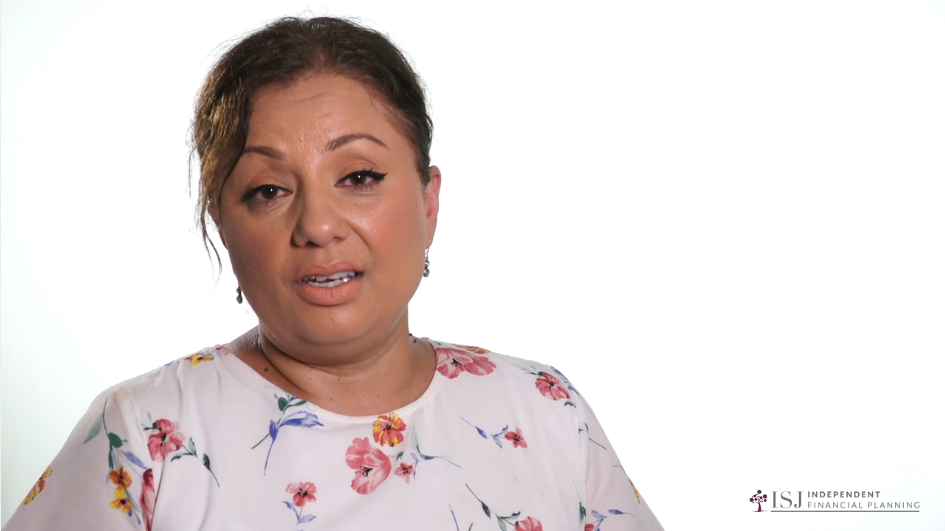 Neeta had been married for more than 30 years and came to me following a bitter divorce which took nearly five years to finalise.

Her divorce involved the British and Indian legal systems.

As a result of her divorce settlement, Neeta received a significant sum of money, but she was unsure about her future financial security.

I helped Neeta by creating a comprehensive Financial Plan, including a lifetime cash flow model.

We covered all of the important financial issues, but also discussed the emotional aspects of divorce and money.

As part of our journey together, I introduced Neeta to a publisher, so she could write her first book.

Neeta wanted to share her experience working with me, so joined me to record this short video outlining the journey with ISJ Independent Financial Planning. I hope you enjoy watching this.

My name’s Neeta. I live in Leicester and I was married over 30 years.

I’ve just recently come out of a very bitter divorce case, which ended last year. At the end of that case, I won it and received a settlement.

I needed financial advice. I had no clue. It was confusing for me what I was going to do with my settlement. So I approached a few financial advisors and I wasn’t quite happy with either of them, until I found Lena.

My first impression of Lena was very nice, very easy to talk to, friendly, and very professional.

She made me understand very clearly about certain situations that I didn’t understand. So she’s very, very, very professional, very thorough.

I came across Lena’s details by doing the usual searches online, Google, Facebook, and the other review I found about Lena was she was named as one of the top 200 financial advisors in the UK.

In our meeting when we first met, she was very professional, very nice, very friendly. But also she asked me quite a few uncomfortable questions, which I wasn’t really thinking about, and which made me realise about certain things that she brought up. So I like that; when I went to other financial advisers, it wasn’t the case.

Lena was more interested in me than she was with my finances,

You hear horror stories of others being taken advantage of by financial advisers or not very good financial advice. So once I found Lena, the uncertainty went straight away.

From the beginning to the end, from my initial visit to once we finished with my business with Lena, I knew well. I had no clue what to do from at the beginning. And this is where Lena came in and put me in the right direction.

The main thing about the service that Lena provided is I felt safe. And that was one of the key things for me that she really made me feel safe. I felt very comfortable.

The biggest thing also for me too, when you look for financial adviser, is the trust there? I feel as though I found a friend in Lena.

So I look forward to the future and here’s saying cheers to Lena. Thank you very much, Lena.

This entry was posted on Monday, August 12th, 2019 at 12:50 pm by Lena Patel and is filed under Video. You can follow any responses to this entry through the RSS 2.0 feed.